Amaze your kids with a visit at La Conciergerie !

La Conciergerie, an ancient palace and now a museum located at the heart of Paris, made its digital revolution! It allows visitors of all generations a brilliant visit, to be included on your Parisian cultural agenda if you want to impress your kids!

The CMN * proposes a visit of a new kind, which rejuvenates the exercise of visiting a place of power and making it for kids to walk around.

How? With an Histopad! Equipped with this iPad, which is very simple to use, the rooms and their functions are taken back to life as they were centuries ago, under the visitor’s astonished eyes.

Welcome to a  medieval knights’ room, a banquet or a kitchen.

This visiting device does not require a helmet, and therefore it does not “cut” the exchanges between visitors, which is a great plus. The image is of excellent quality, the explanations are on demand, via some discrete icons, which allow to zoom on the history of the place visited.

The Histopad offers a very discreet sound that accompanies the visit: special mention for the crackling of chimney fires!

Parents have fun, children juggle and run with joy, looking for what is to be discovered next, and last but not least, this amazing tool promotes exchanges and dialogues about the discoveries made. 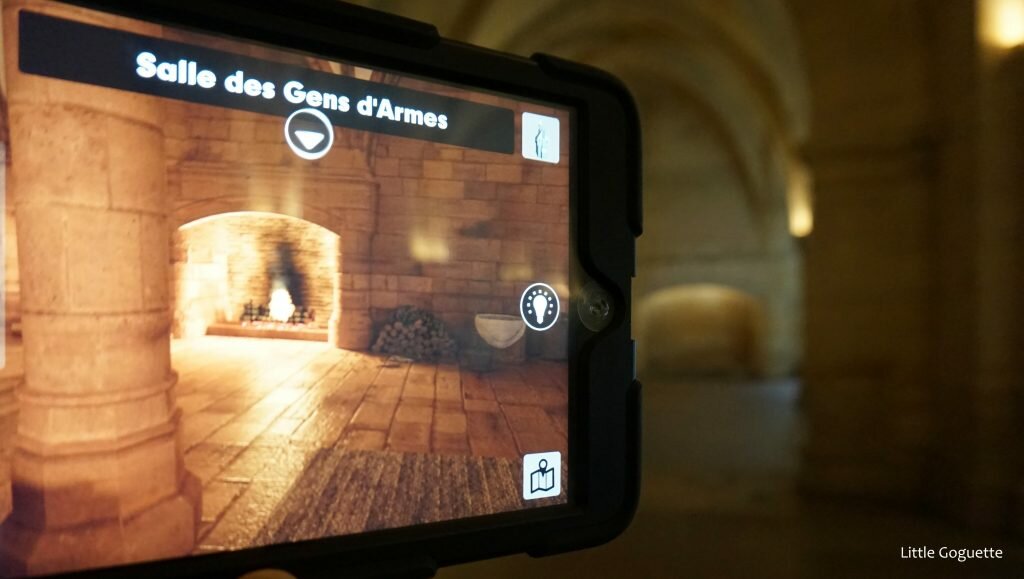 La Conciergerie, a museum in an ancient place of power

Did you know that the Conciergerie has been a place of power since the 4th century?

Residence of the governors, and sometimes even of the Roman emperors, it was here that Clovis settled down in the 6th century, making this place the center of France’s political power for centuries. It is a unique example of Gothic civil architecture. 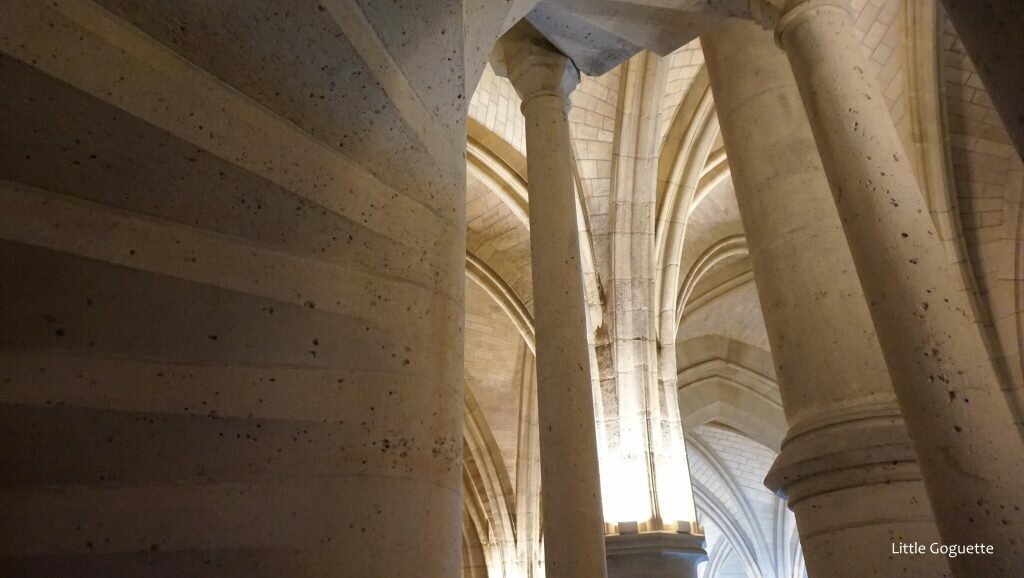 Subsequently, the Parliament settled there, and finally, during the Revolution, the Conciergerie became a neuralgic place of imprisonment and expeditious justice. Its name comes from the character of the “Concierge”, who was in charge of the organization of the premises, of the order and of the police, quite a powerful character indeed…

His (small) office is visible at the entrance to the revolutionary rooms. 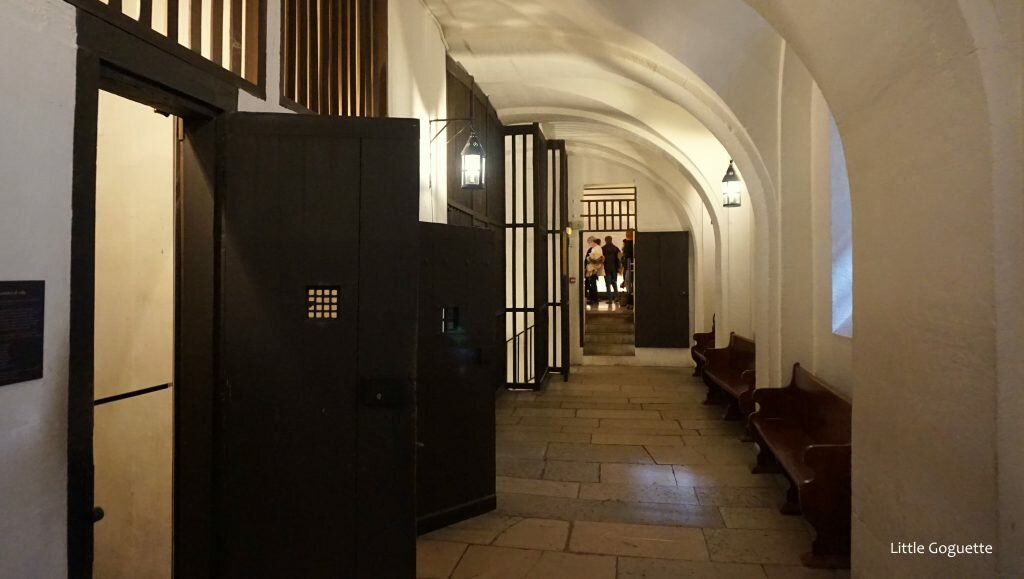 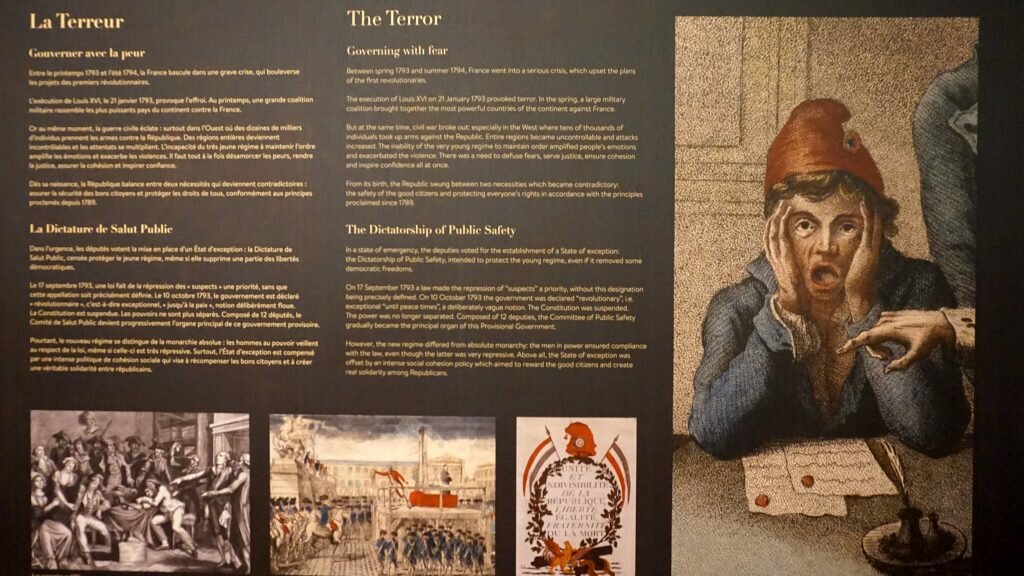 The visit allows to grasp various historical periods: from the “Salle des Gens d’Armes” on the ground floor, of proportions worthy of a castle, to the tiny cells of the French Revolution, on the first floor, where more than 4,000 people, including Robespierre and Marie Antoinette, where imprisoned. 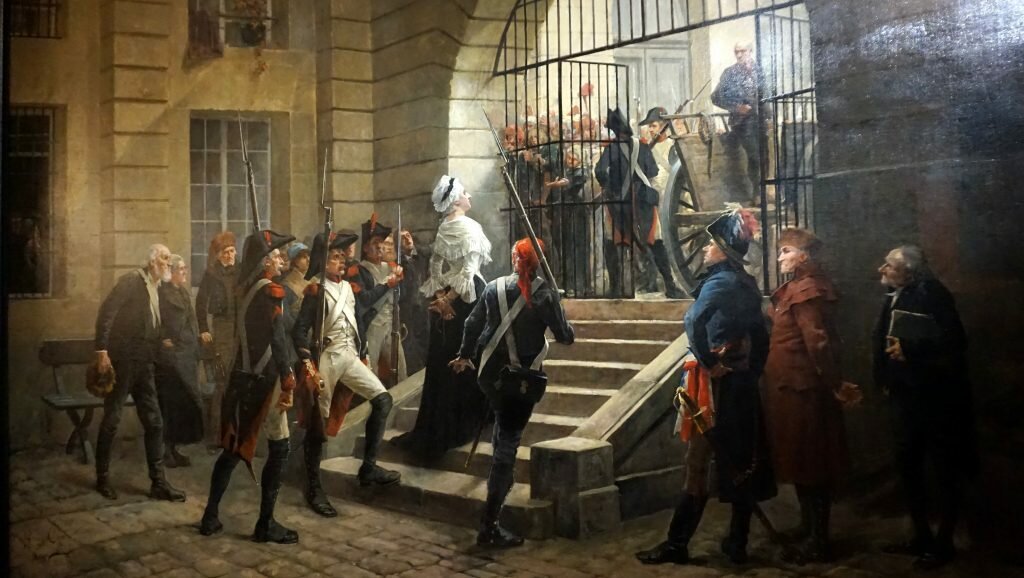 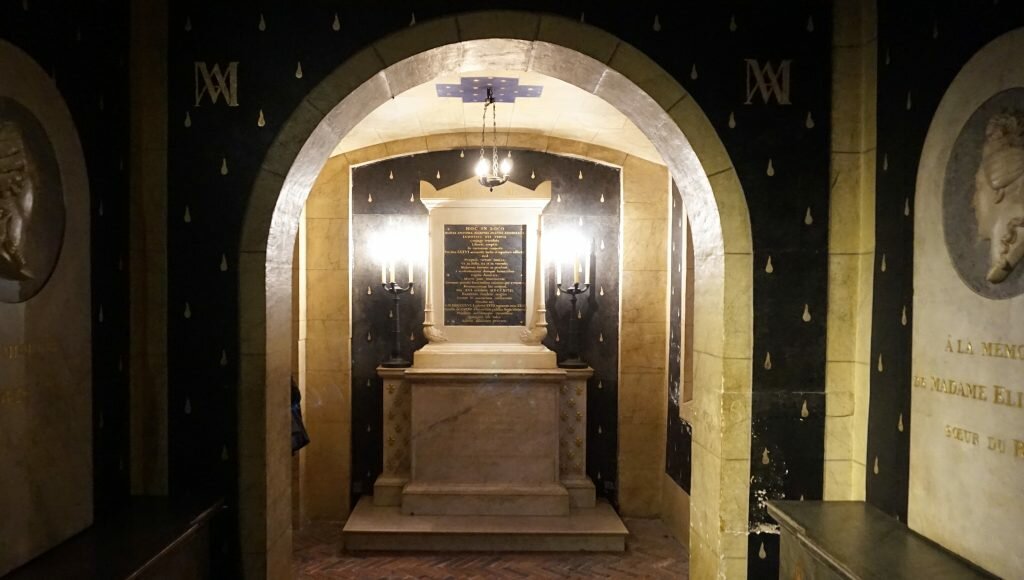 In conclusion, it is a medieval place of unheard richness, which traces several centuries of history of Paris and France, as well as a visit of a new kind, which makes it possible to apprehend the discoveries with a great feeling of freedom.

Tips to visit with optimal conditions:

You will find all the practical details on the site of the CMN here .

On leaving this visit, the first thing to do is to admire the magnificent clock that adorns the angel of the Conciergerie at the level of the quay!

You can continue to stroll along the Seine on your right, towards the flower market (Quai de la Corse) or take on your left, towards the Place Dauphine and the Latin Quarter.

* CMN: Center des Monuments Nationaux, which manages close to 1,000 exceptional places in France, and regularly offers activities and unusual visits for children and their parents. 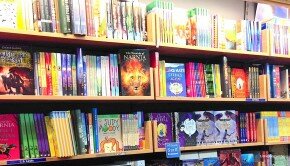 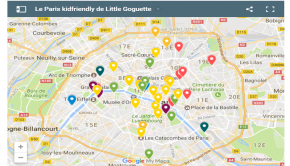 “GAME” – the history of the video game →

This site uses Akismet to reduce spam. Learn how your comment data is processed.